Home / End of Support for Magento 1 – What does it mean for you?

End of Support for Magento 1 – What does it mean for you?

Since the release of Magento 2 back in November 2015, the clock has been counting down towards the EOL date for Magento 1. That date was originally set for November 2018, but it was then extended to June 2020 in order to provide businesses with enough time to consider the upgrade at a time that was more suitable for them.

Unfortunately, that time has now passed, meaning software support for Magento 1 has now ceased. Whilst that doesn’t mean that your Magento 1 store is going to disappear, there are some important things to consider surrounding what that actually means for you. Choosing to remain on an unsupported platform is likely to raise some problems for you moving forwards. 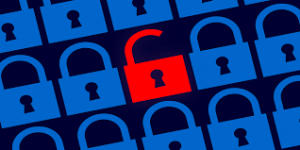 Without any new security updates, stores utilising Magento 1 are now vulnerable. This isn’t just a small vulnerability that could have one or two minor inconveniences either. Magento is no longer looking for any unknown security bugs or issues, and they won’t be responding to any that are found. This means that any problems that are found leave your site and everything contained within it at serious risk. Hackers will be actively hunting for ways in which they can access these vulnerabilities, especially now that those vulnerabilities will not be fixed.

Not only does this put everything you’ve worked so hard to build under serious threat of working incorrectly, it also means that you could end up with large fines for data protection breaches because all of your customers’ data is no longer safe and secure. The knock-on effect of this also means a damaged reputation that can prove difficult to recover from.

The Payment Card Industry Data Security Standards (PCI DSS) require all merchants who process payments to implement security patches for complete safety and security with payment systems. However, as we pointed out above, those security patches for Magento 1 are no more. This means that as a merchant, you’ll no longer qualify for payment forensic investigation ‘Lite’. You would unfortunately have to rely on hiring an external PCI forensic investigator, which can cost a considerable amount of time and money.

Visa have already expressed concerns over the EOL of Magento 1 for non-migrating businesses, whilst major payment provider Adyen have explicitly stated that they won’t be supporting merchants who do remain on Magento 1. It’s highly likely that they won’t be the only provider to make this choice either, so opting to upgrade may be a sensible choice to avoid losing the ability to process payments.

With support ending for Magento 1, many third-party developers responsible for critical extensions that many Magento 1 stores utilise will also be ceasing support. That means that many of those extensions will soon become non-functional, which will cause a vast array of problems for your store. This is going to make it difficult to continue trading effectively, and could also result in a damaged reputation for poor customer experiences.

Alongside the fact that there will be no more security updates, Magento will also no longer be releasing quality fixes for Magento 1. This is going to have a similar effect to the lack of functionality from extensions. You may find that your store starts to experience more and more problems as time goes on if you remain on Magento 1, which can have an enormous impact on the shopping experience of your customers.

In this day and age, there are exceptionally high expectations from online shoppers, and if an ecommerce store is unable to fulfil those expectations then customers will not be happy. Glitches and issues could result in a significant increase in abandoned baskets due to potential lengthy and problematic checkout processes caused by these issues.

With no future quality fixes, it also means that existing core features within Magento 1 will remain the same as they are currently. This is going to prevent any Magento 1 stores being able to keep up with the competition who are using an up-to-date and supported platform such as Magento 2. Without being able to keep up, the competition will eventually surpass all Magento 1 stores with improved functionality and performance.

Moving to Magento 2 would prevent these problems

Remaining on Magento 1 is going to be problematic for stores in any industry. With no support from Magento themselves, the security and functionality problems that are likely to crop up are likely to wreak havoc with your business. The time to start considering the upgrade to Magento 2 is now, before these problems arise, so that you’re able to continue trading efficiently and effectively.

If you’re interested in making the move to Magento 2 in order to continue utilising this powerful platform, get in touch with us to find out how we can help.